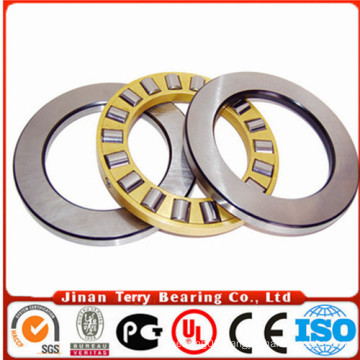 Model NO.: 81102 Trademark: Terry. NSK. SKF. LYC and so on Specification: CE, RoHS, SGS, GMP, ISO9001 HS Code: 8548900090 Seals Type: Tool, Car and Truck and Other Areas Transport Package: Single Box or Normal Packaging Origin: Luoyang, Henan; Jinan, Shandong; USA, Germany... Thrust Cylindrical Roller Bearings and thrust Taper Roller Bearing are both suitable for low-speed occasions. But the speed of thrust Tapered Roller Bearing is slightly higher than thrust Cylindrical Roller Bearing. Thrust cylindrical Roller Bearing belongs to the separated type roller bearing which can only carry axial load and slight shock. For its ability of restricting the axial displacement (or shell) in one direction, it can also be used as a one-way axial positioning. But its carrying capacity is far more greater than Thrust Ball Bearing. Due to linear velocity is different on both ends of the roller, roller inevitably produces slide when it is rolling in the roll road, as a result, limit rotational speed of this kind of bearing is lower than thrust Ball Bearing , which are usually only suitable for low-speed occasions.